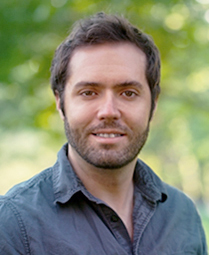 Ford Corl was born and raised in Tucson, Arizona, where he earned his Bachelor of Arts in Media Arts from the University of Arizona film school. There he was taught the art of filmmaking and storytelling. Ford’s short films have played in film festivals around the country.

Since college, he has enjoyed an eight year career in live television news, directing live programs for organizations such as PBS and NBC. Ford was honored to receive an Emmy Award for Best Live Director in 2010.

Ford now travels to the deepest corners of the country to capture the beautiful images you see on The C.A.R.E. Channel. Along with shooting and editing, Ford also creates print/animated graphical material for Healing HealthCare Systems, ensuring that hospitals receive the highest quality product when purchasing The C.A.R.E. Channel.