Why is Patient Safety Ever in Question? 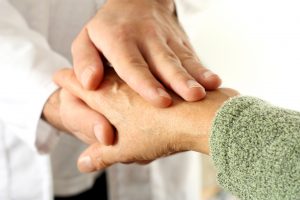 Patient safety seems obvious. Why can’t it be an assumption rather than an assignment or a project, or motivated only  by a regulation? Why do we have to push so hard to get people to do the safe thing?

There are no answers that would satisfy the ethical obligation first stated by Florence Nightingale in Notes on Hospitals:

It may seem a strange principle to enunciate as the very first requirement in a Hospital that it should do the sick no harm.

But, Nightingale did not stop there:

It is quite necessary, nevertheless, to lay down such a principle, because the actual mortality in hospitals, especially in those of large crowded cities, is very much higher than any calculation founded on the mortality of the same class of diseases among patients treated out of the hospital would lead us to expect.

Circumstances are not much different 150 years later.

We also know that changing nurses carries its own risk just from the human chance of forgetting some small detail. However, today, the banter about it is more of a hand slap against the statistics than being appalled that anyone would unnecessarily die just from being in the hospital.

Some progress has been made on infection control. We now have antiseptic gels at the door to patient rooms and signs that encourage patients to ask their caregivers to wash their hands.

in 2005, IHI’s 100,000 Lives Campaign set out to reduce hospital mortality caused by failing to take specific and simple steps.  When the campaign concluded after 18 months, another campaign, 5 Million Lives, was launched to support and sustain the work.

For example, steps for preventing death by central line-infection are so obvious:

Again, why do we have to convince anyone about this?  Why does someone have to point out that taking extra precautions for an elderly patient or one whose immune system is weakened, is a good idea?

And what about things that aren’t even mentioned?  Such as moving a wheelchair or gurney that is sitting in a corridor because it is a tripping hazard?  Why do we have to remind anyone that a half-eaten meal sitting in a room for hours is breeding ground for bacteria?

Maybe if we ask these questions as if we really do not know the answer, we might move more quickly to a sustainable solution.  And, if patient safety could be assumed rather than mandated, we would know we have moved past where Florence Nightingale started.