Ready or Not, Here Comes the Future of Healthcare 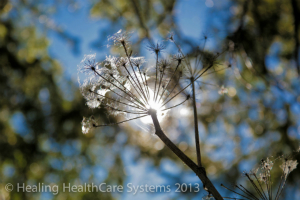 Transform 2013, the 4th annual symposium sponsored by the Mayo Clinic’s Center for Innovation in September, looked at the future of healthcare only slightly visible in the amazing work and dreamers of the now.

These dreamers — physicians, nurses, researchers, authors — all want a new healthcare system. Innovation, after all, is not about the old. Rather, it is a stunning step into a new paradigm that usually breaks all the rules.

When my husband Dallas and I created The C.A.R.E. Channel 21 years ago, we looked at how we could transform the environment that cradles the patient.

As musicians, we believe that the music itself transforms, but only does so in those amazing moments when the listener is  in the optimal time and place — when the melodies and rhythms are like magic carpets transporting us to a different place.  In hospital settings, music can transform a single moment from being about sickness to being about wholeness — painlessly, joyously, and generously.

During our performance and discussion at Transform 2013, John Hockenberry asked us about The C.A.R.E. Channel’s music and its relationship to healing. He wondered about the challenges that music puts forth in its automatic identification with who we are, who we were, where we are, and where we might have been. Music does, and has always, gone right to the core of us.

The music in combination with nature images on The C.A.R.E. Channel intentionally shifts from programmatic content (“a television show”) to environmental content (“an experience, a place, a time”).  The idea behind our “music as environment design” concept is that the inherent temporal and personal experience of music can be designed into the healing environment such that the space is vested in life rather than sickness.

Rather than provide a “program,” with plot, beginning, and ending, The C.A.R.E. Channel is an ongoing journey of nature and beauty, music and calm.

When Dallas and I began as music students, we were seduced by the immediacy of the heart connection that only music can make.  And, as musicians, we still crave that soulful aliveness.

Building it into the healing environment was very natural for us. It was also one more step from existing concepts of music being used for health and wellness.

In creating The C.A.R.E. Channel, we entered the world of evidence-based design that brought more weight and intention to sounds and sights experienced by the patient.

The future, in 1992, was barely visible.  And now, in 2013, there is still a fog and limited visibility.  However, coming from Transform 2013, the pull into the inspired unknown future of healthcare is thrilling.