When What We Believe and Practice is Outdated 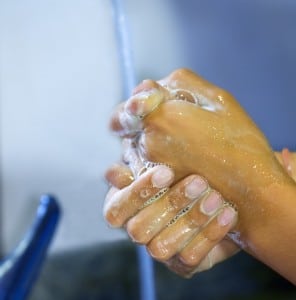 Through the history of science, beliefs have been disproven by empirical evidence and still, whole societies have refused to be influenced by new information.

In fact, science was once considered heresy by the Church and unexplainable events were considered satanic. The battle between science and faith is ongoing.

We are now in the 21st Century.  Yet, we too have our old ideas and beliefs that are resistant to new information.

Handwashing is like that.  It was ignored or dismissed as being irrelevant to patient safety. Then, when handwashing was found to be required to avoid infection and imminent death, the person who discovered this was vilified.

The issue of patient safety is, indeed, a matter of life and death.  And, with all the new technologies, the healthcare industry has yet to achieve 100% handwashing by everyone, all the time.

So what is the big deal?  Well, first of all, staff gets caught up in the clinical details that they know can actually cause someone else harm if not done properly.  Second, they just don’t believe the research.  And so, their behavior follows.

Not believing is what  Public Policy Researcher Leah Ginnivan calls the “Semmelweis reflex”: the kneejerk reflex to reject new evidence contradicting established norms.  It was named after what we all do:  ignore that which contradicts what we have believed all of our lives.

Another place where there is doubt is in the effectiveness of nature and music to improve patient outcomes, both physiological and emotional.  In this case, research goes back over 70 years with studies being published in peer-reviewed  journals that cover pain management, oncology, hospice, environmental psychology, and evidence-based design.

The C.A.R.E.® Channel comes to patients through patient television, a technology so common that it is difficult to assume it can deliver a therapeutic tool let alone move past our assumption of entertainment. For some, it’s hard to believe that The C.A.R.E. Channel supports Whole Person Care and is effective for patients in meaningful ways, such as improving quality of sleep and rest, maintaining confidentiality, and reducing the need for pain meds.

Convincing clinicians that The C.A.R.E. Channel does what a pill or IV drip cannot do is challenging. But this is a challenge we have taken on since we began producing this programming 24 years ago.

It is time for everyone who cares for patients to look at their own position on their actions and balance them with what is best for the patient.