Age, Aging, and the Aged: Who Among Us

What makes for good elder care? How could one design a skilled-nursing facility to support those who are residents and those who are rehabilitating? I have been in many and few inspire me to want to live there, at least, not any time soon. At the same time, needs change, and how we actually choose our place and space to live and thrive changes as we move through the chronology of life.

My sister had a knee-replacement last week; she chose on her own, of the many local skilled-nursing facilities, a rehabilitation facility that is older than others but had the top rating in a recent write-up in the local paper. The facility in Sparks, NV was built in the ’70s as a nursing home. However, today, in 2011, in addition to long-term care residents who live there, there are now short-term residents who are recovering and rehabilitating. The needs of rehabilitating patients are very different than those who cannot rehabilitate. Perhaps the most interesting part of the experience in such a home is the impact that one group of patients can have on another.

I found when I was involved with my Dad’s stay in a skilled nursing facility in Michigan that, at some point, everyone is equal, families connect, and the regularity of seeing the same people and staff day after day. In many ways, normal is redefined and those one never knew before become so critical in caring for a parent.

For a start, here are some pictures from our travels in the US and India that tell perhaps more than words could possibly say about the global elderly, so much life and so many years, and still in the middle of living. 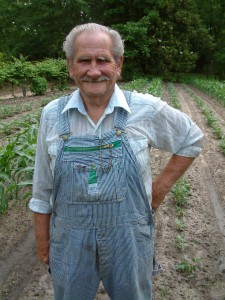 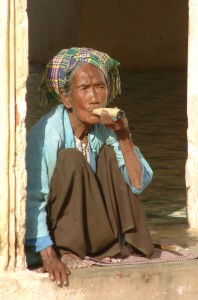 How can we tell what life is like or the many stories that live on the faces of the elderly? What do these faces say about our global society, its history and its present? From the woman squatting restfully for hours, smoking a pipe, to the farmer in Alabama living to this day next to Dallas’ parents country place, to a woman begging on the Chain bridge in Budapest and, the open market Inlay Lake in Burma, what does it say about the diversity in the world of aging?

The pictures here are of two people, probably differing in life more than age. The man on the right has lived across from Dallas’ parent’s farm for 60 years. He took the one last goose that Dallas’ Dad had raised (the rest got nipped by dogs) and it lives to this day.

The woman on the left, in Burma, smoking a pipe of Beetle juice sitting the same squat that she was able to do as a young child.  And, no she owns no property nor seeks anything more but to smoke her pipe, at least from where our camera saw her. 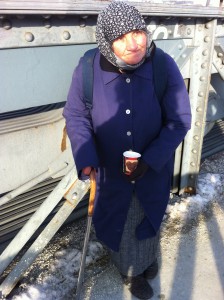 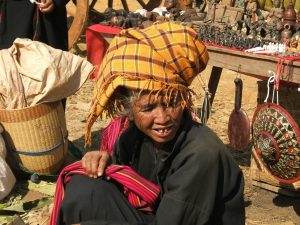 In Linley Lake, Myanmar, the markets draw the mountain people. The woman on the left sits near her wares, covering her head from the relentless sun, and experiences the west only from the currency we have with us.

This past December, on the Chain Bridge over the Danube separating (or connecting) Buda and Peszt in Hungary, this woman held out her cup. It was so cold and windy and she stood looking at us. The immediate contrast of our taking a river cruise with her standing on the bridge was striking and may never leave me. Yes, we put money in her cup but there will never be enough money. This is now no longer an undeveloped society; rather the bridge is located only feet from a 5-star hotel several of them and 20 minutes from the Palace District.

What is interesting and fascinating in aging? Is it the furrows in the face, or glance in the eye? Elderly people are those members in the society, who have witnessed the differences in all its varieties the most. One of my characters, who was born at czarist times, has seen the first republic of Estonia, Soviet time, German occupation and new independence and aspires to integrate into West. How can a person cope with so many different regimes – and give his signature to the social agreement? How our elderly generation has coped with changing times, changing society and culture?

Getting older is often accompanied by deteriorating health, aching joints, and sometimes it grasps from one’s heart. Despite that, memories and primarily feelings can be as colourful and warm, as earlier. A phone call from a child, visit from grandchildren or birthday greetings do not change throughout different ages or world orders. Warmness of people, close to you, is a bridge, lasting all ages.

For those of us who are watching our parents age, or have already gone through this generational transition and profound loss, for those of us facing our own aging process regardless of our chronological age. Much to contemplate.