Detroit is Not the Only Thing in Michigan

I’m sure if Michigan was a topic on Family Feud, beautiful landscapes wouldn’t show up on the board. Survey says: Detroit, cars, Red Wings, and football teams that will never win a championship. (Don’t hate me Lions fans, deep down you know it to be true.)

But let’s get one thing straight, there’s the Michigan you think you know, and then there’s the UP (that’s gangsta slang for Upper Peninsula). 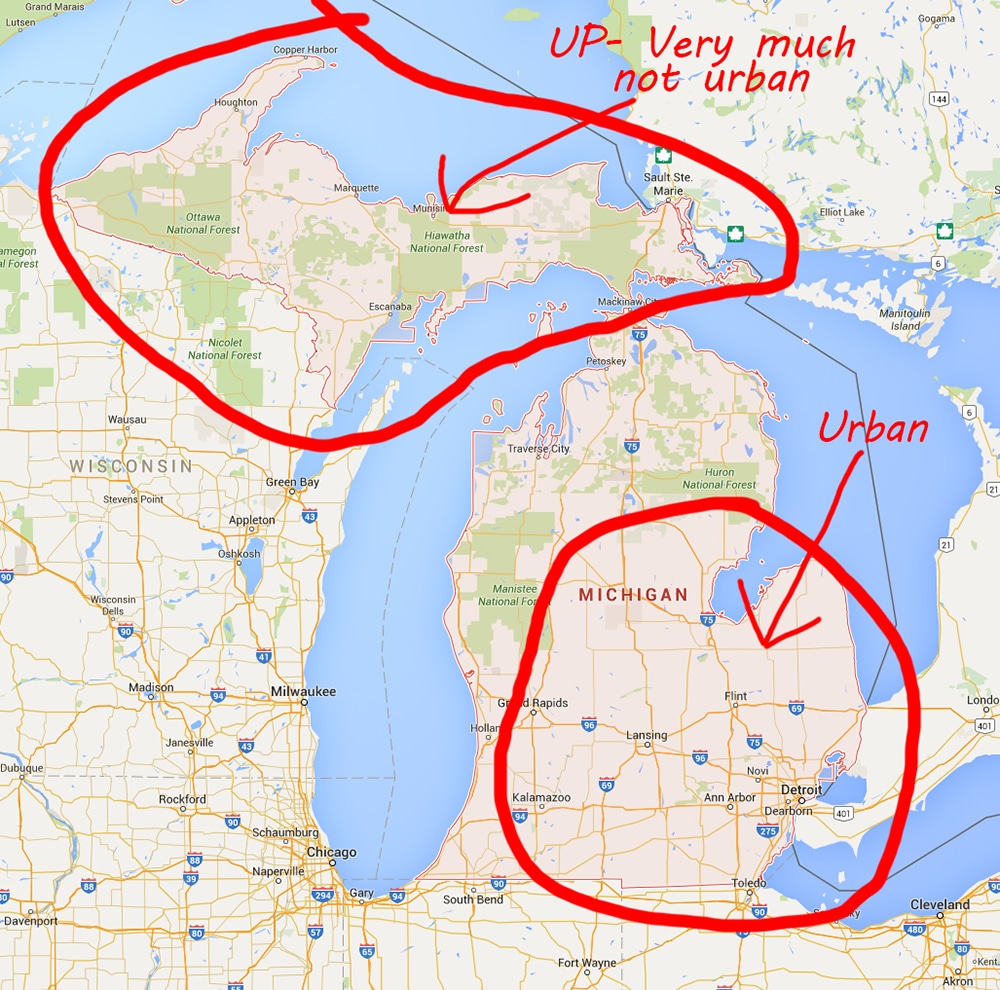 The UP is the stretch of Michigan along Lake Superior that you didn’t know existed. Cut off from the rest of the state by lakes Michigan and Huron, it has a decidedly different vibe from its more urban counterpart, and its nature chops are legit. We focused our time on the criminally overlooked Pictured Rocks National Lakeshore. 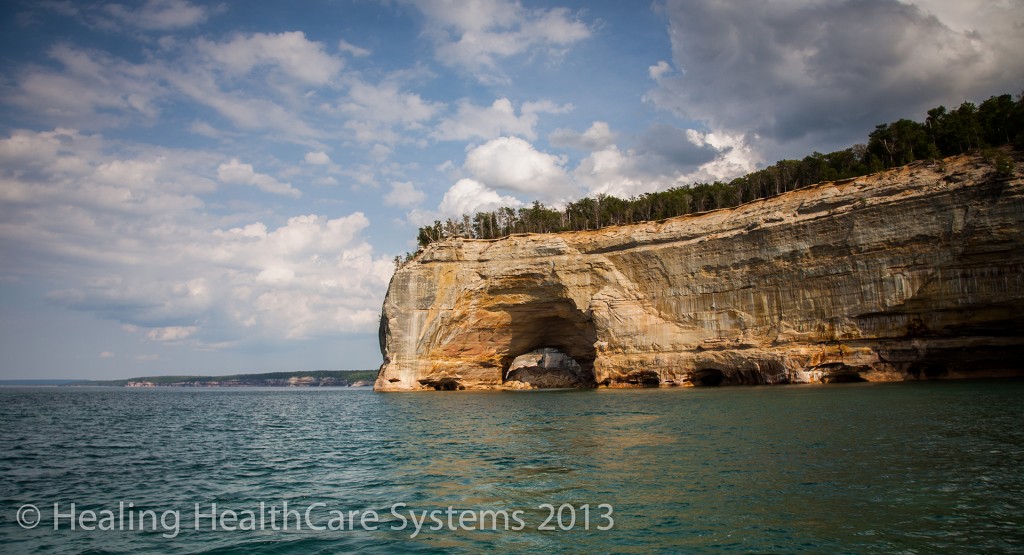 Towering coastal cliffs complete with cascading lakeside waterfalls, abstract rock formations, and even sand dunes worthy of the Sahara. You’d think you landed on another planet, not northern Michigan. And if you’ve never been to this area of the country, understand, the Great Lakes are OCEANS, and Superior is the biggest.

When cataloging the footage we even went ahead and labeled it as coastal footage, because nobody watching the channel would see it and think, “hey that’s just a really big lake.” And the surrounding Hiawatha National Forest, with its endless cavalcade of cascades, makes you forget that one of the nation’s largest cites resides in the same state. 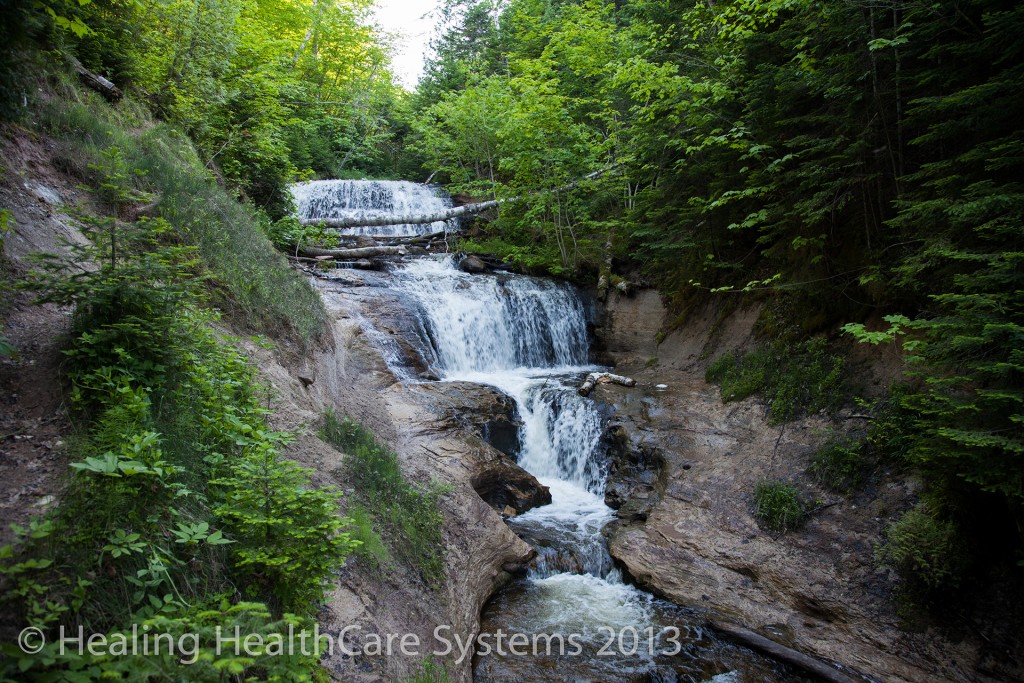 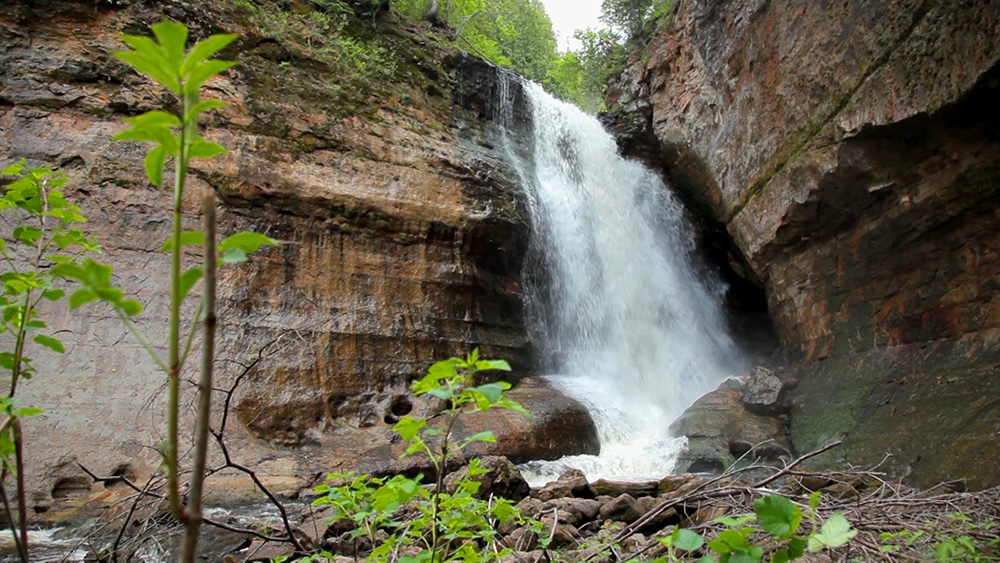 Nothing minor about Miner’s Falls. Ha! (Actually, I’m not proud of that one. Can I have a do-over?)

Anyway, let’s talk about the main draw here, Pictured Rocks itself. Who knew this existed? On a lake no less?? I thought it took years of coastal erosion to create massive cliffs and caves. But no, here they are on a lake in the U.S. 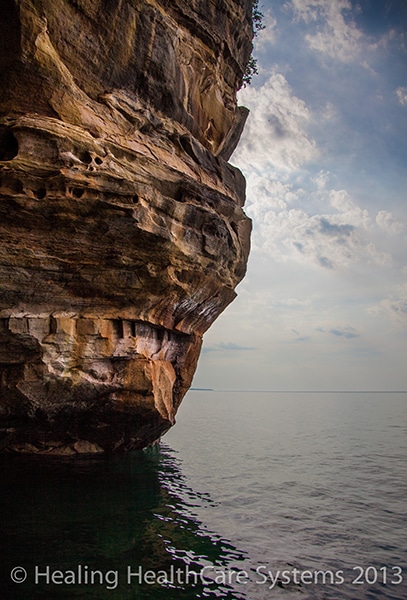 We started out by scouring the beaches, and hit up some of the standard overhead view points, but it wasn’t until Ford received some insider intel that we found a really unique location. 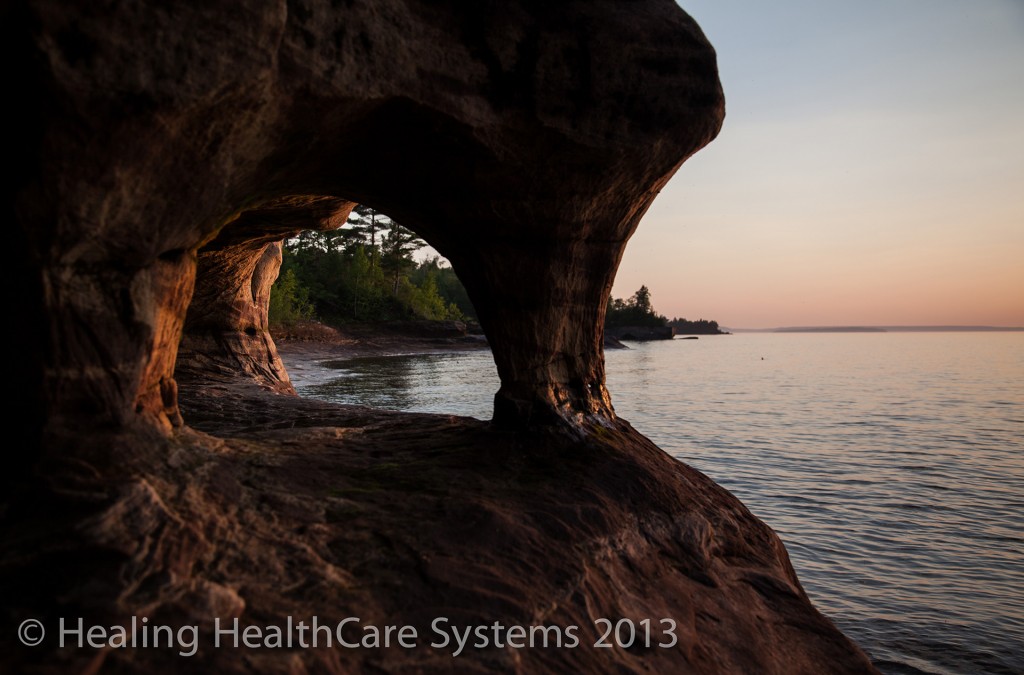 We call the beach we discovered these abstract rock formations at “Radio Shack Beach,” because a) It doesn’t have a name and b) Ford had to flirt with a local Radio Shack attendant to even find out it existed. #localsonly 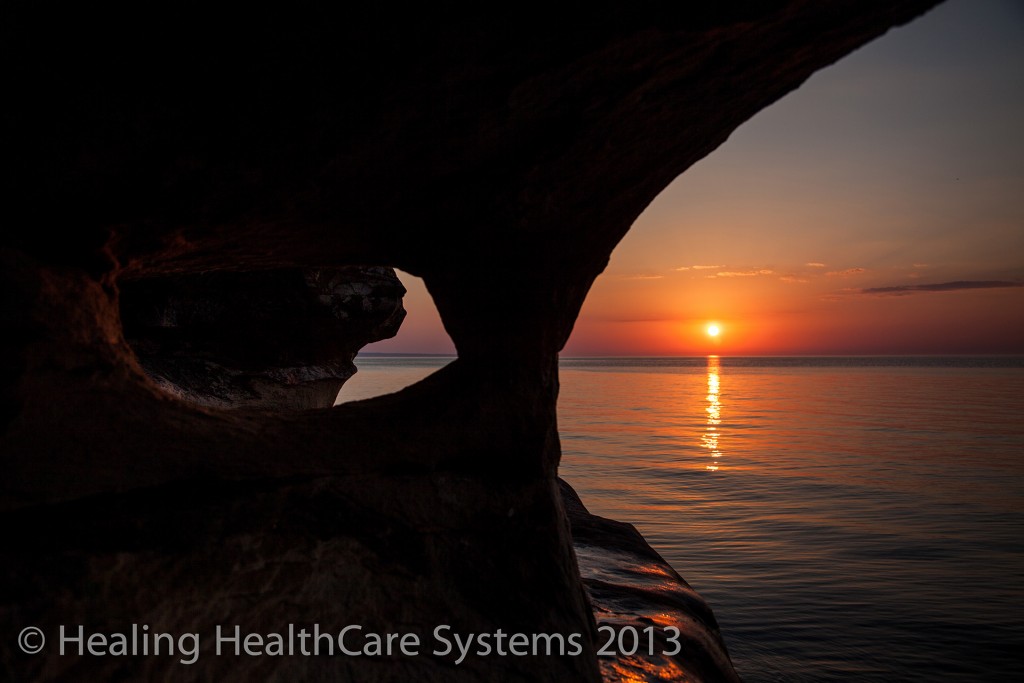 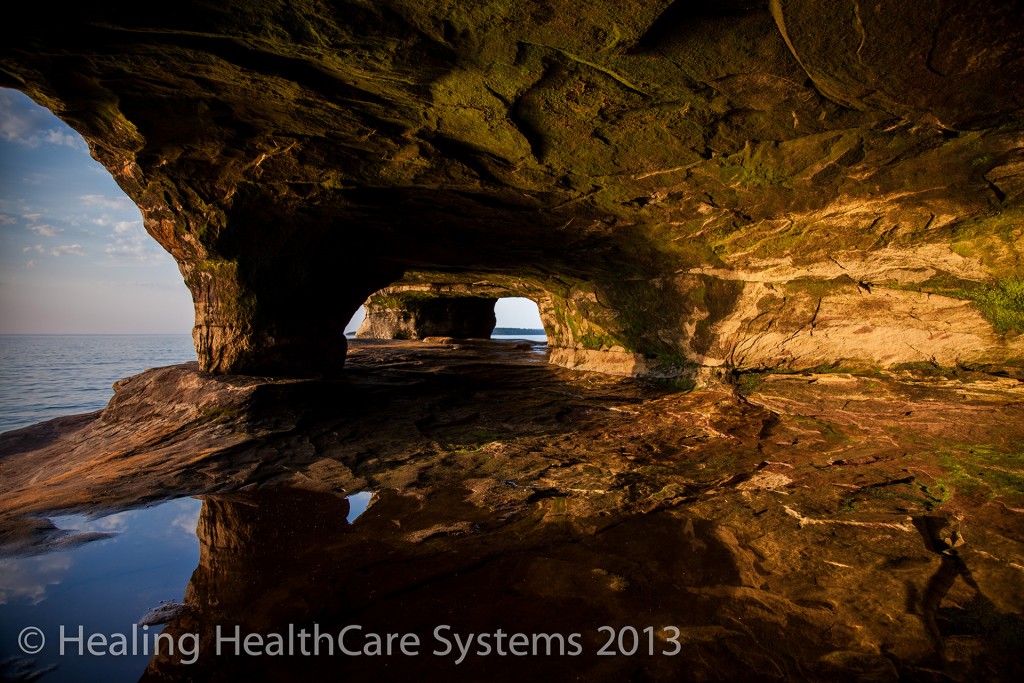 We could see why it was relatively unknown. The area was fairly hard to get to and required some sketchy cave crawling. 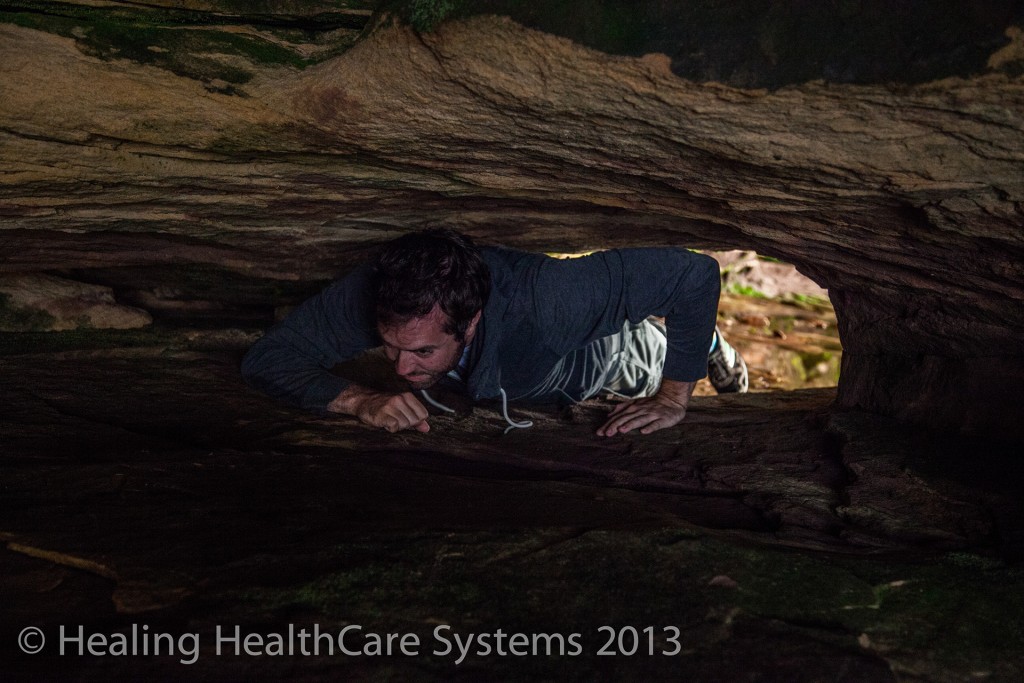 After spending an entire day scrambling along the rocks and caves, we quickly realized that the best the area had to offer was viewed from the water. So we decided we had to rent ourselves a boat.

Now, this was our very first shoot as the Ryan and Ford production team. It was the first ever location we had to fly to. It was Ford’s first year and I’d only been around for two. It was kinda a big leap for us as a company. At that point Ford and I were still trying to figure out what kind of dinners were okay to expense, so renting a boat seemed like a rather large step. So, with the idea that if it all went horribly wrong we’d just keep it all secret and pay for it out of our own pockets, we went out and did this: 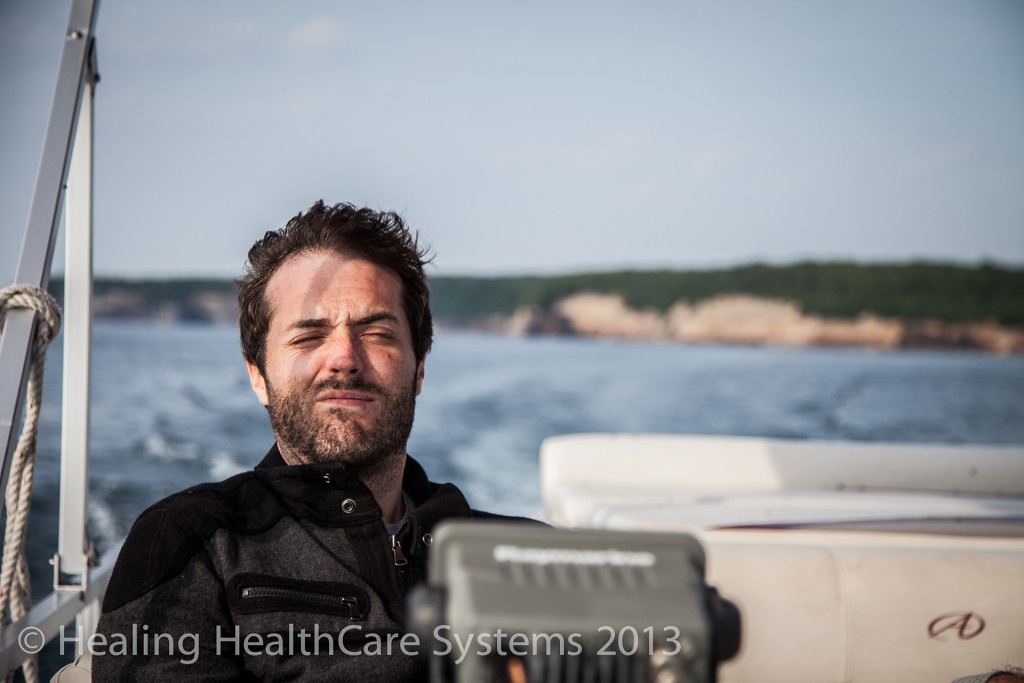 Once we hit the water though, we knew the decision was going to pay off. 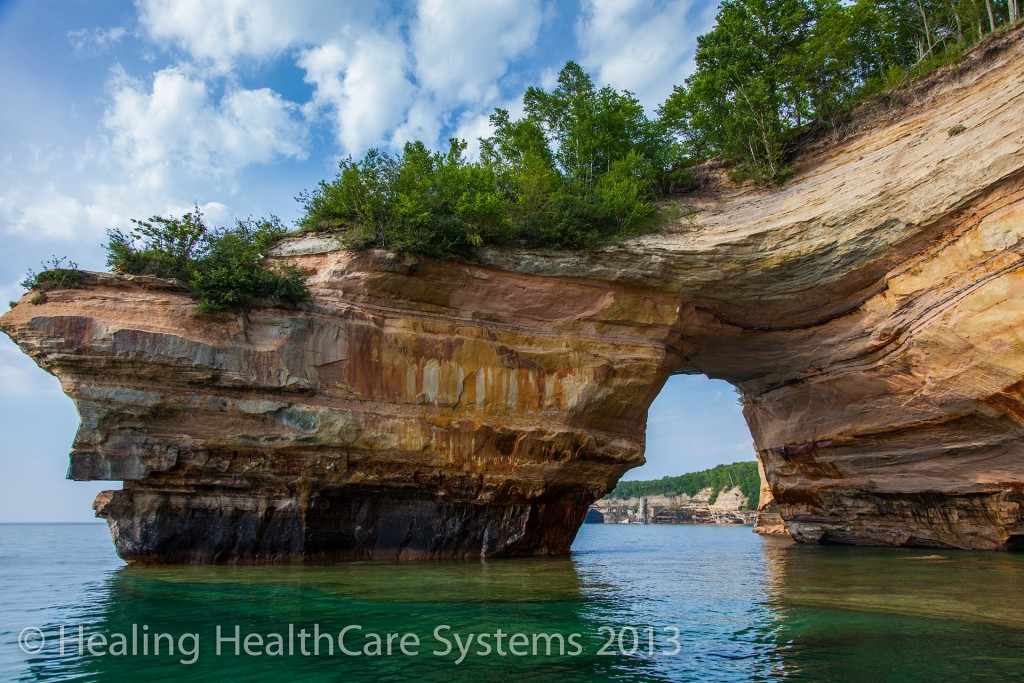 Famous Cave at Pictured Rocks. You better believe we motored through it. 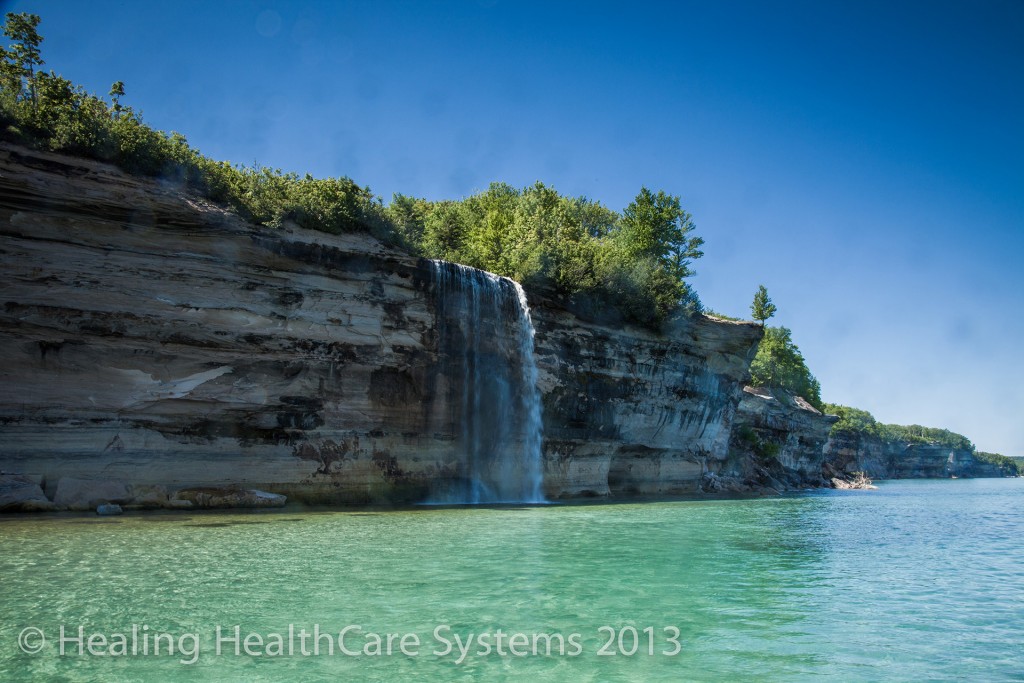 As luck would have it, the first day we went out the lake was glass. Being the little filmmakers at heart that we are, we knew we had to take advantage of the boat as a dolly. It’s funny to look back on it now, but at the time we were worried about whether the amount of movement would be acceptable or not.

It just hadn’t really been done before on the channel. But it’s hard to argue with some of the results.

Pictured Rocks was an epic experience for our first time as a team. Lake shots, sand dune shots, waterfall shots, river shots, fake coastal shots, boat dollies, and more Hardee’s burgers than you could shake a stick at. It truly was the perfect adventure to set up the long line of adventures to come.