Waterfalls defiant of elevation seemingly materialize out of thin air and drop from flat meadows into the earth.

These alien scenes are, in fact, not from another world, or cut from a Sci-Fi movie. They are Iceland. 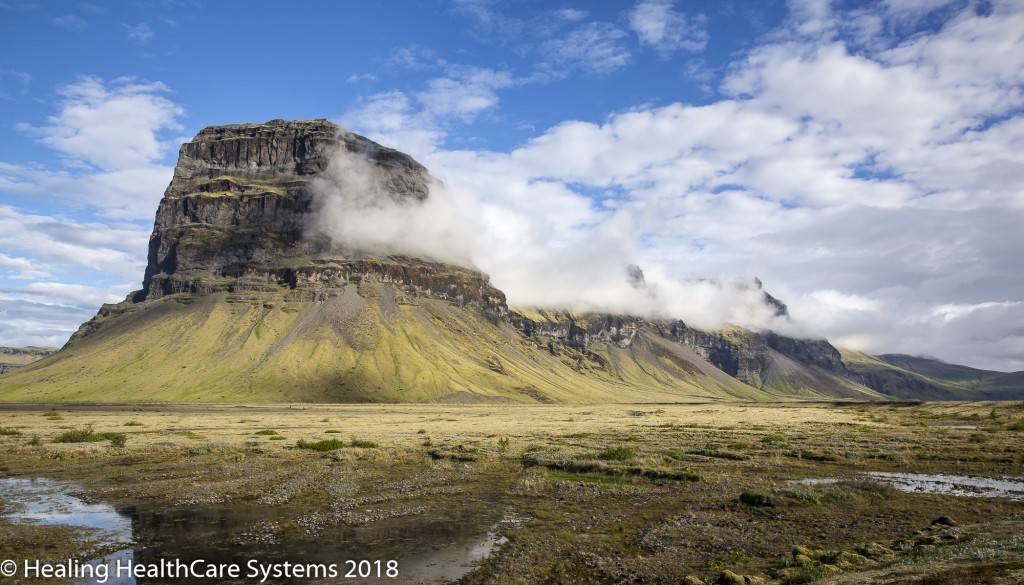 Iceland is a photographer’s dreamscape stuffed full of unique images and creative juxtapositions tailor-made for the eye of an artist. It’s eerily fitting that this photogenic wonderland is tucked away into some distant corner of the planet where half the year is lit by a perpetual magic hour, while the other half presents the areal light spectacle that is the aurora borealis.

We have proof that our Creator is a photographer.

So where do you start with all this beauty? Well conveniently enough, most of Iceland’s beauty is dotted along the only (yes only) freeway.

We’ve been on a lot of famous routes in this world: California’s Highway 1, Going-to-the-Sun Road, Milford Sound, Ruta 40, but the Ring Road of Iceland may top my list.

It’s like the buffet line at a Vegas casino. As you move along you keep seeing what you think is that one last thing to throw on your plate, only to find an even tastier thing right after it until you end up with an unhitched belt buckle and a stomach ache.

And this is how we approached Iceland — just all of it. We’ll take all of the things.

We started our journey in the southeastern portion of Iceland where it’s safe to say there’s a lot of stuff. Home to some of the most unique waterfalls these eyes have seen and one of the largest, most popular falls in Europe, it’s an area that could dominate an entire itinerary in its own right.

We arrived in Reykjavik early, and couldn’t check in to our rooms for hours so we decided to burn the reserves and hit up our first location. We will always vaguely remember Hjalparfoss (just pretend you know how to pronounce these names or this will be a long read) through the hazy eyes of people who had been traveling over 30 hours straight and were several hours past bedtime. 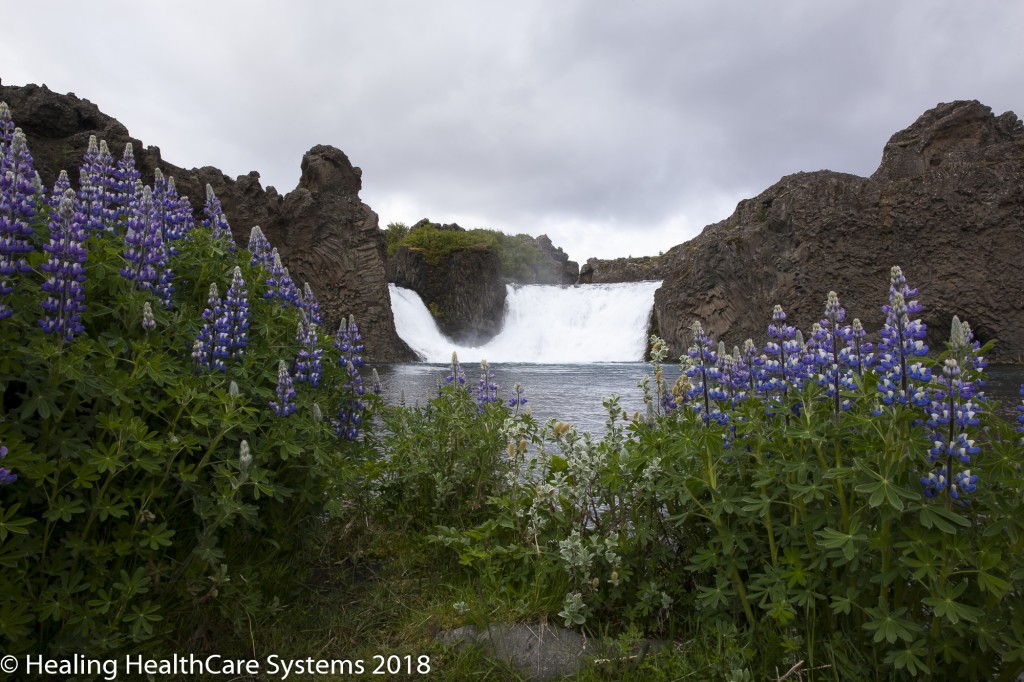 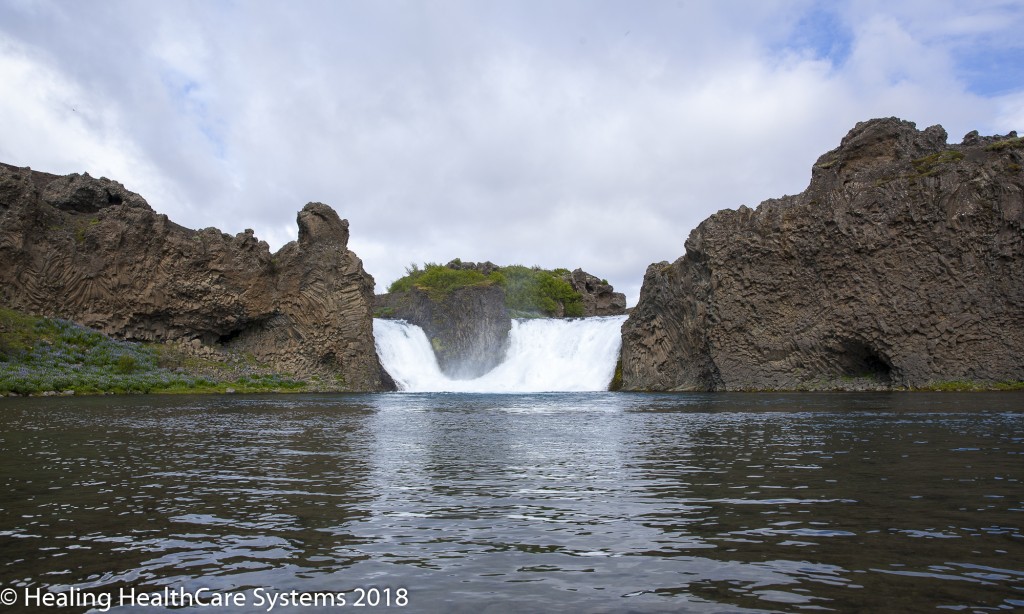 The experience was a good introduction to the endless onslaught of unique locations and never-ending daylight that would consume us over the next two weeks.

Of course, the big-ticket item in this part of Iceland was Gullfoss. With its sheer size and multi-tiered drop into the earth, Gullfoss is one of the most powerful and interesting waterfalls in all of Europe. 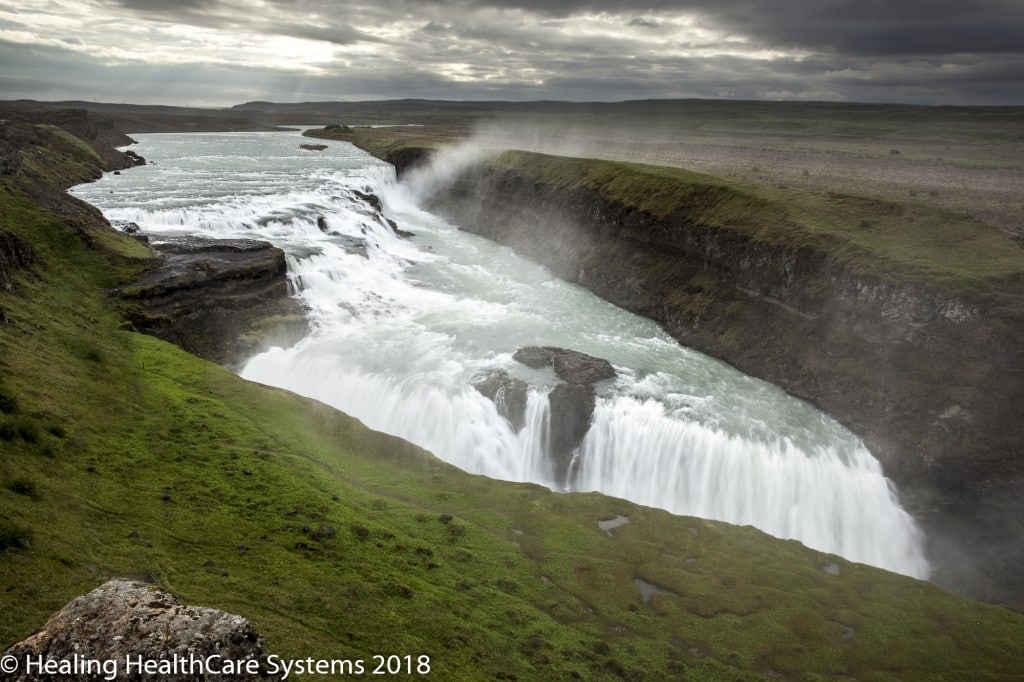 When you approach the parking lot at Gullfoss, the only indication you are about to see a special waterfall is the sheer amount of people. Otherwise, you might think you’re in the wrong spot.

All you can see are vast meadows with a puff of mist pushing into the open air off in the distance. It’s not until you walk up to the ledge that it drops into the earth before you. 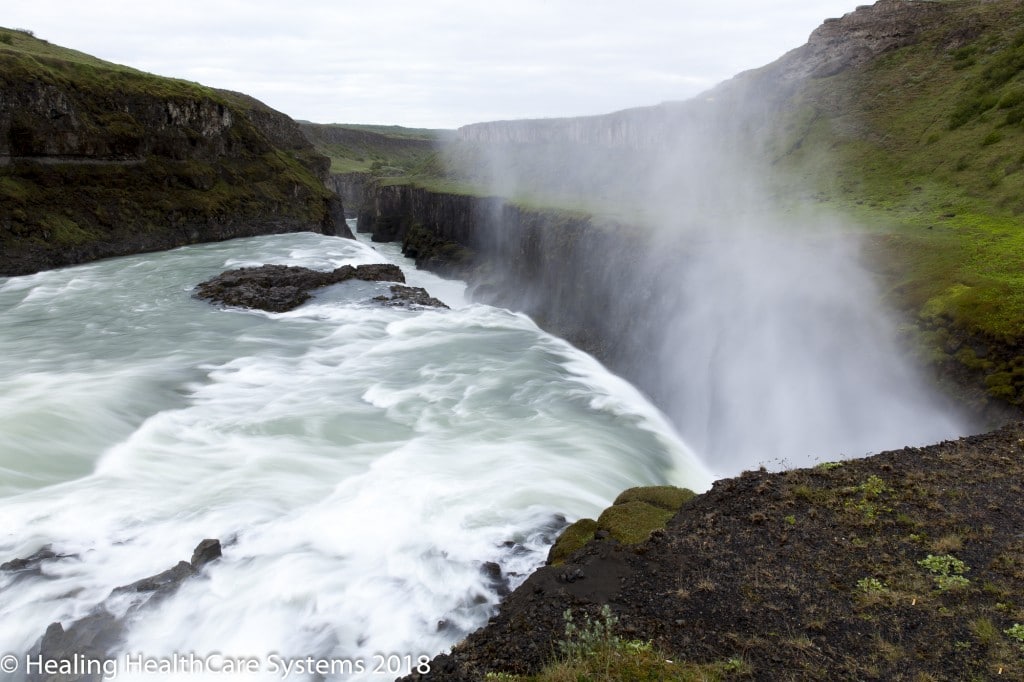 Other highlights of this part of Iceland included the second tallest set of falls on the island: Haifoss and Granni. 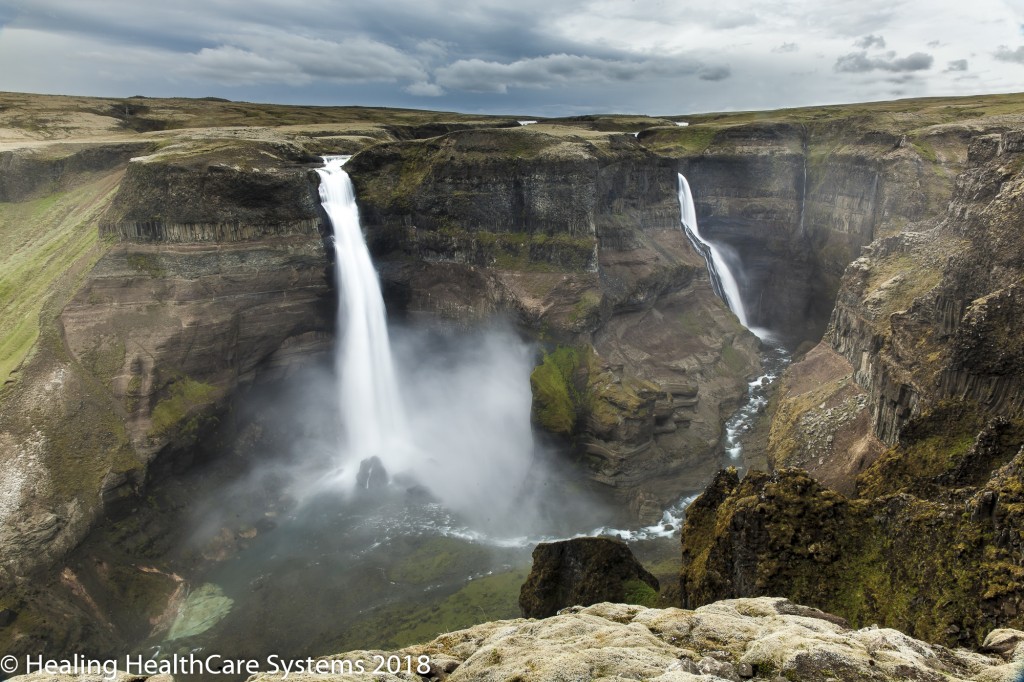 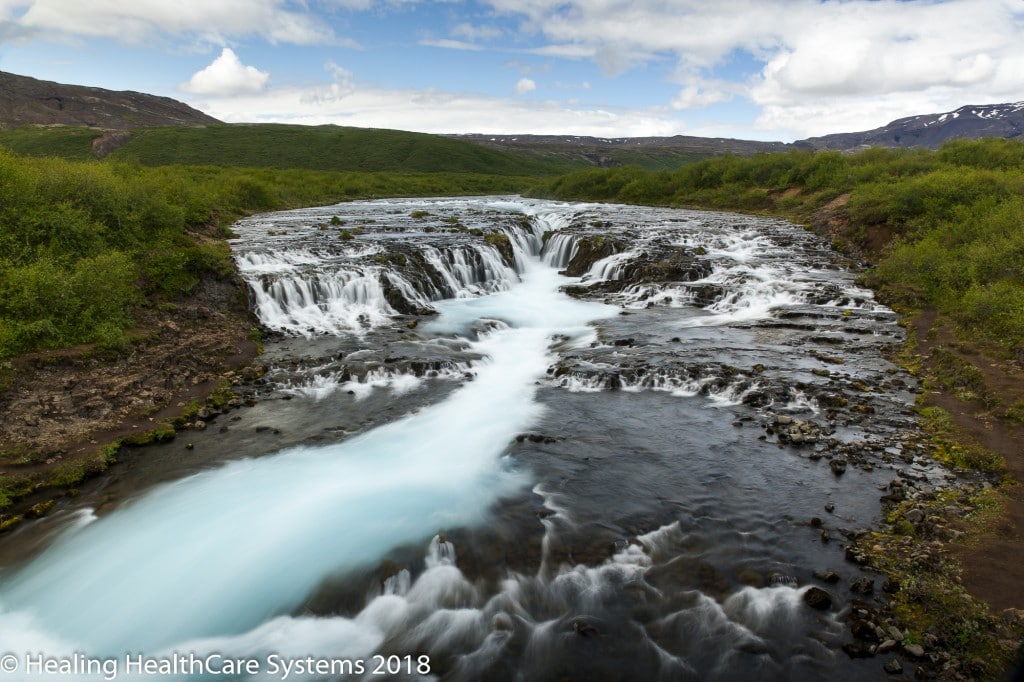 And the hidden gem that is Sigalda falls. Did I mention that there are a lot of waterfalls in Iceland? 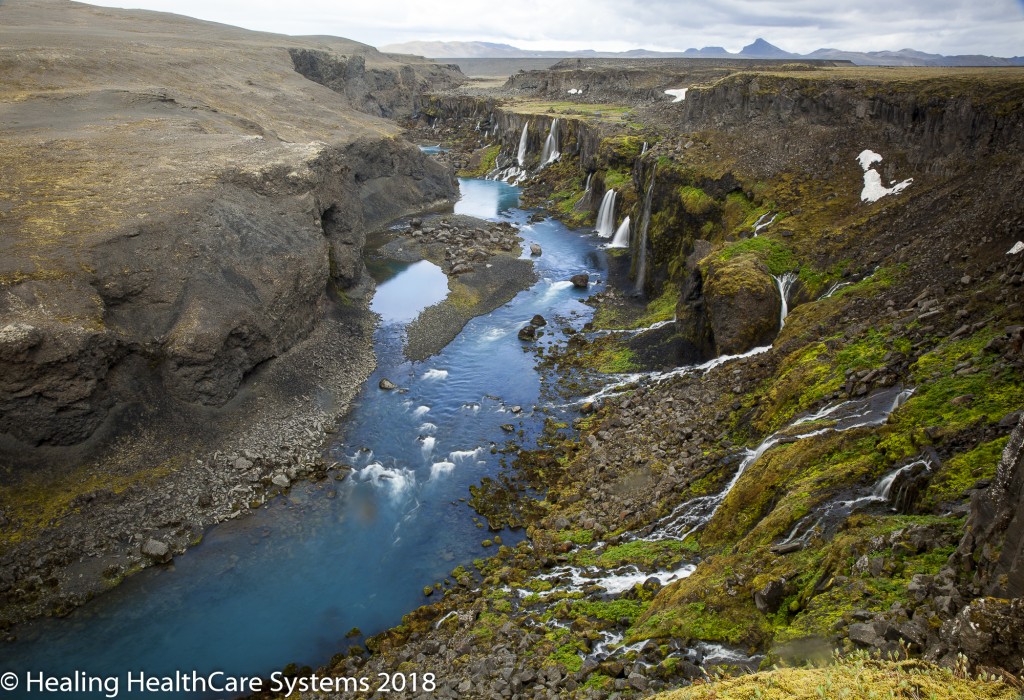 From the photos we had seen, we imagined we’d be driving into a lush, green paradise. But as we drove hours through desolate, black oceans of rock that looked closer to pictures of the moon than of the location we scouted, we wondered where on earth (or not on earth) we were going.

Eventually, we got to a point where it seemed there wasn’t really road anymore and hiked in a dreary drizzle toward a cliff area where we expected to be disappointed by the waste of time. But as the ridgeline faded before us it revealed an oasis of unexpected beauty.

As if meant to be, suddenly the sun popped through a hole in the weather and the angels (or trolls I guess) sang. Waterfalls seem to just pour out of the walls themselves without the aid of any sort of river.

If you can find it, it’s a special spot. 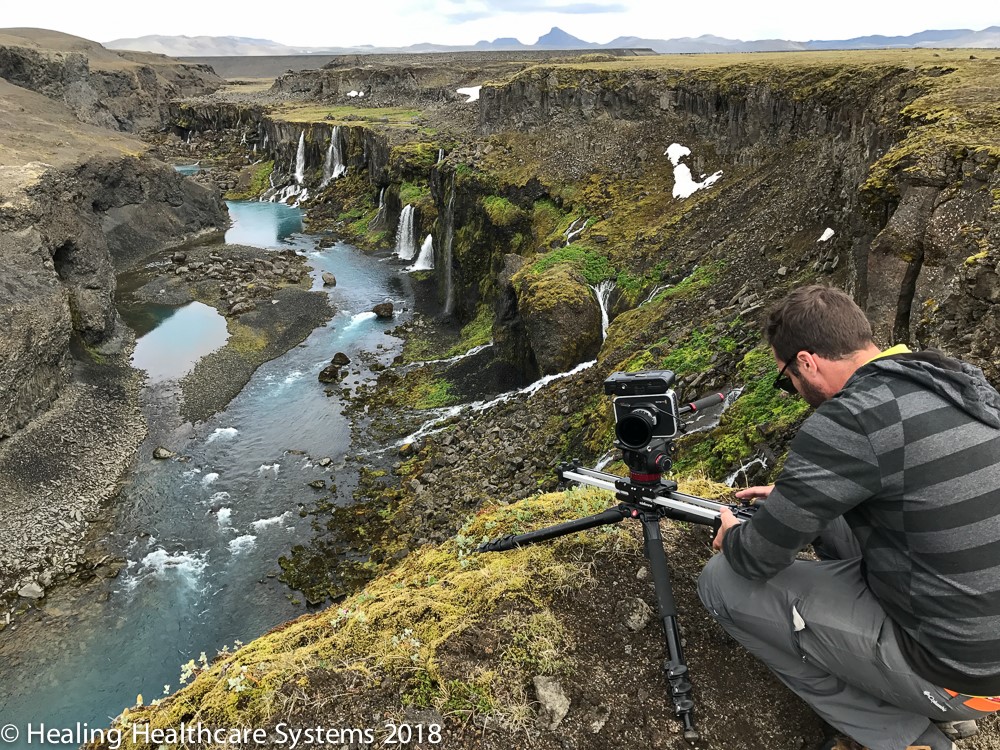 From here we moved on to the small coastal town of Vic. Along the way, we spotted two more iconic waterfalls: Seljalandsfoss. 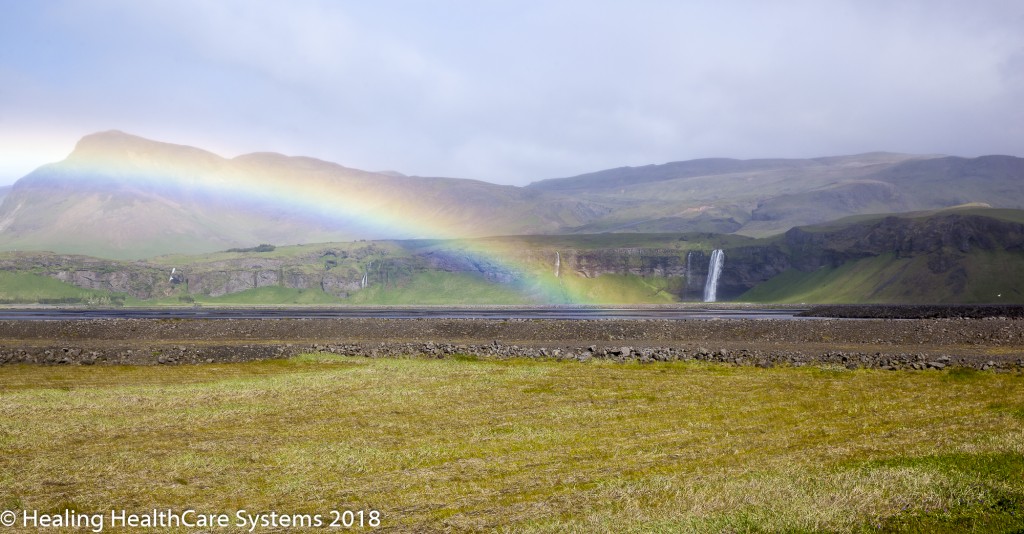 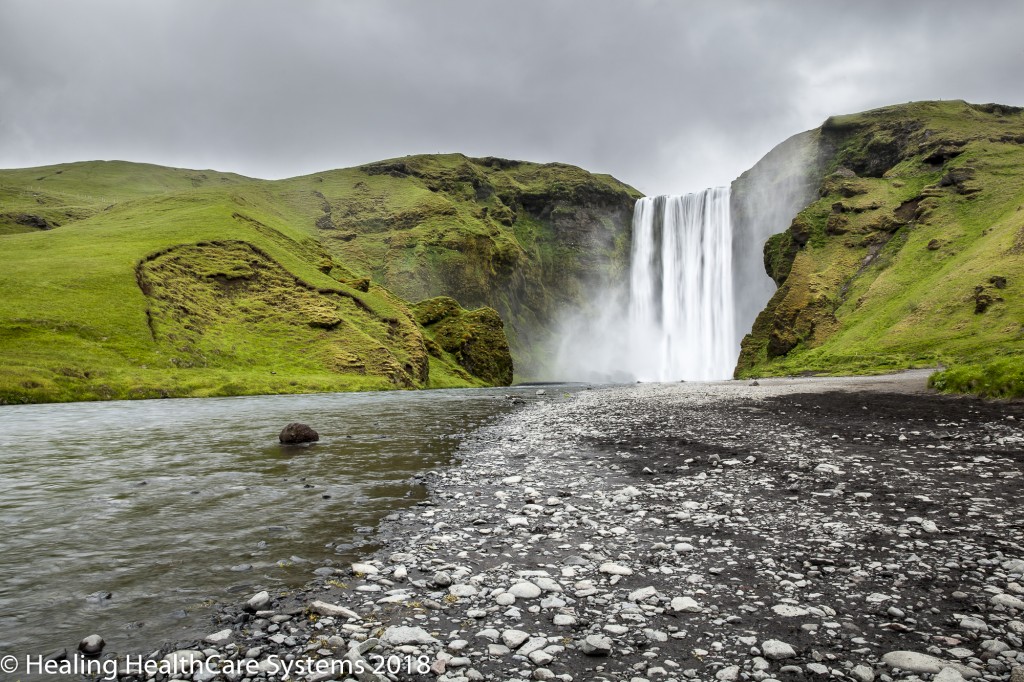 Vic was a nice respite from the glut of majestic waterfalls. The stretch of Route 1 from Vic to Skaftafell is lined with interesting rock formations and cliffs unlike any I’ve seen anywhere else. 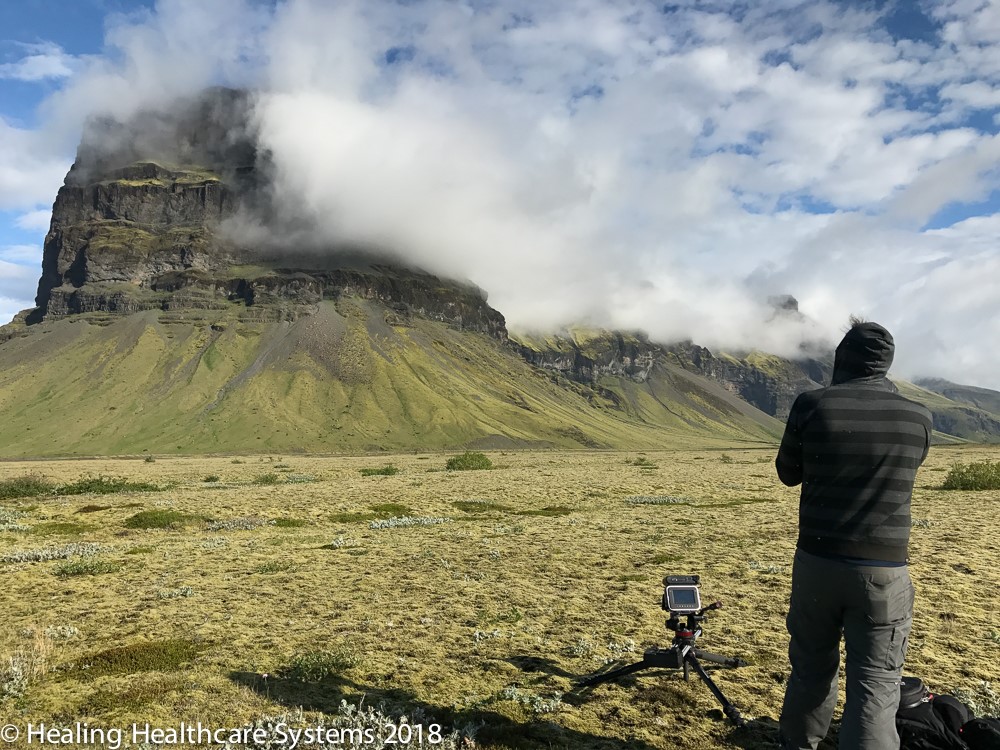 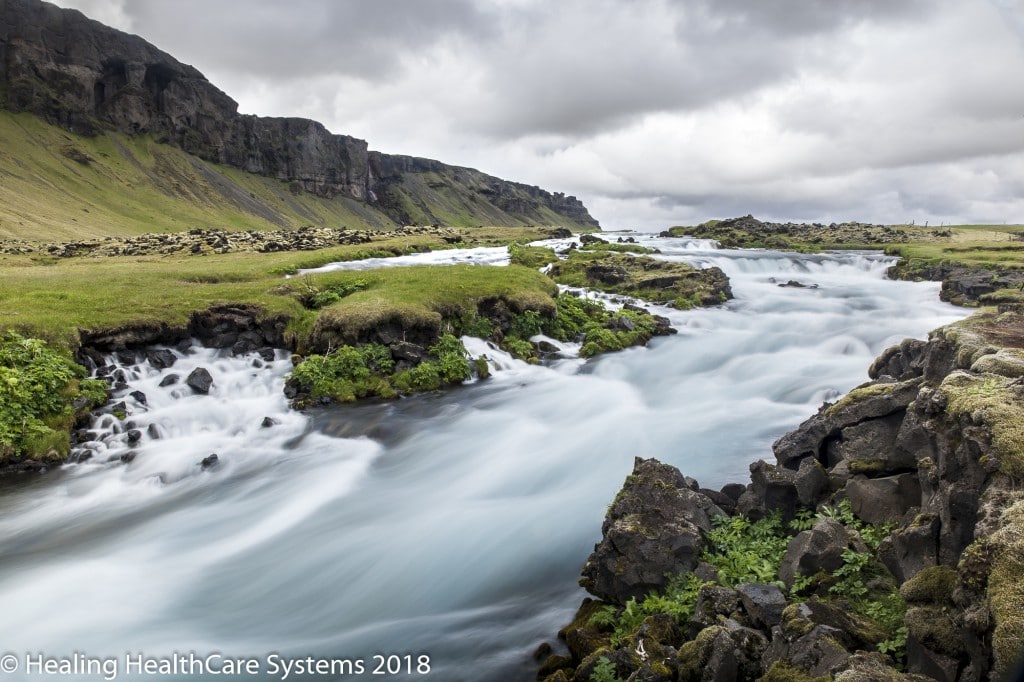 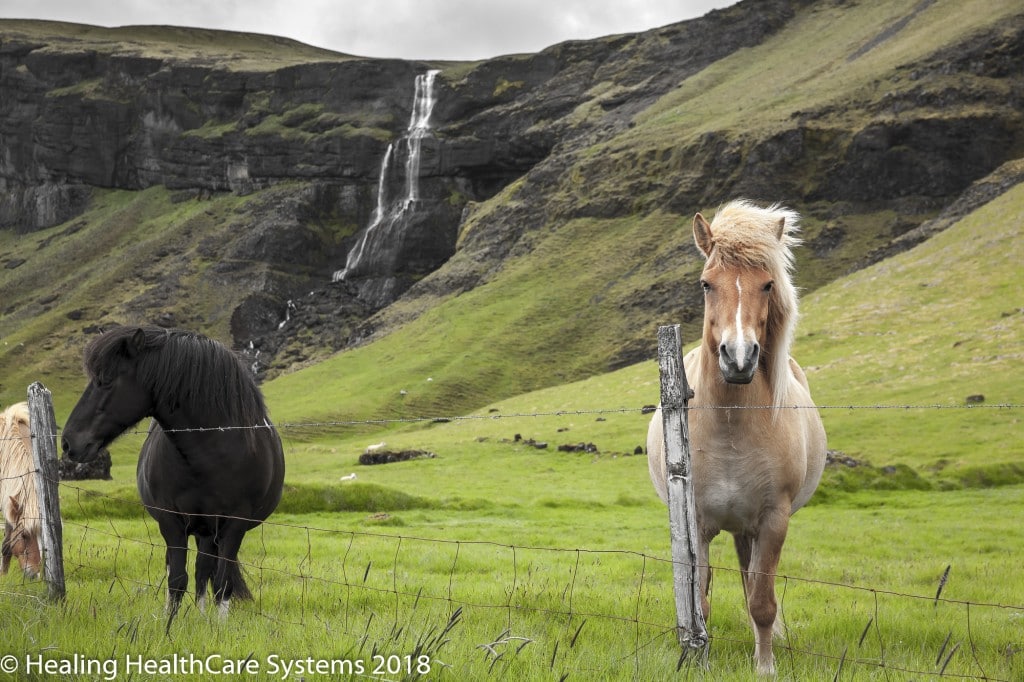 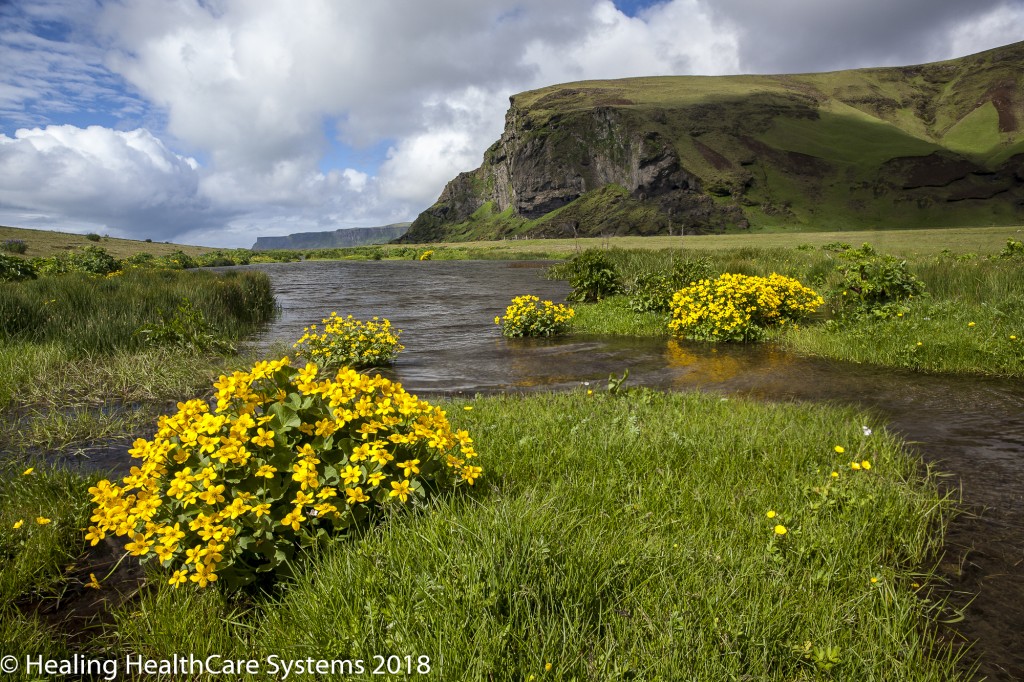 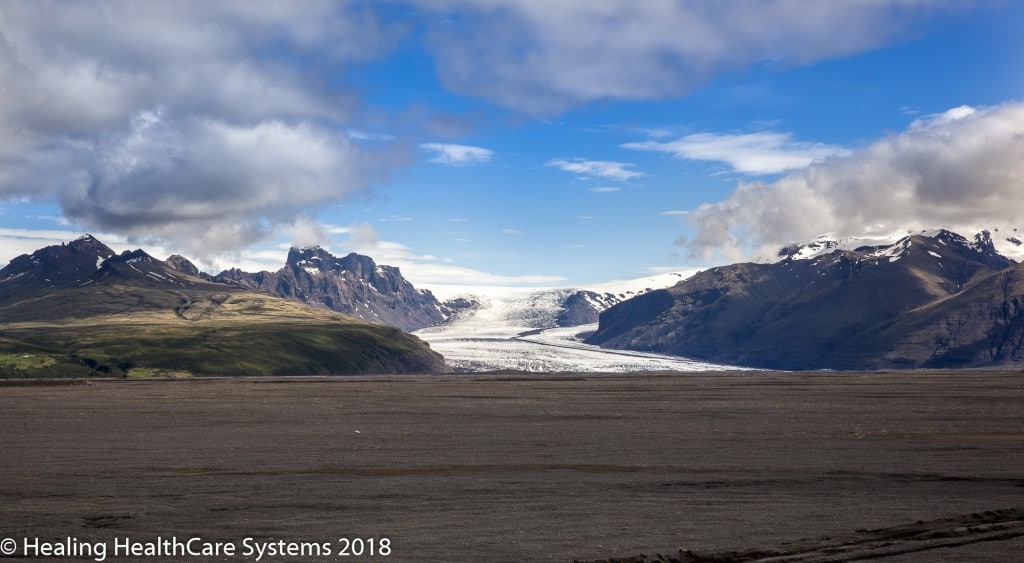 Making this stretch of the trip extra special was that it really was the first time we saw the actual sun!

Predicting weather in Iceland seemed to be a reverse effort where we were trying to predict sunny days rather than weather events. Good thing we had enough waterfalls to keep us company.

Along this stretch is where we discovered probably my favorite location of the trip: Fjaorarglijufur. 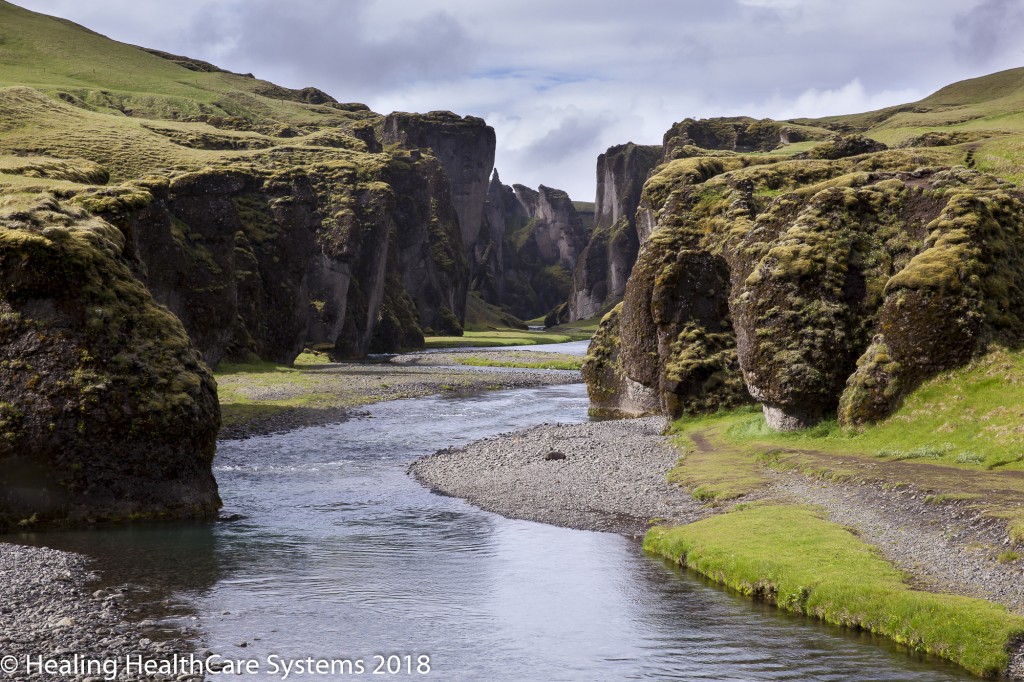 Wading through the river amongst the towering spires and secluded quiet is like being transported into a fantasy world. 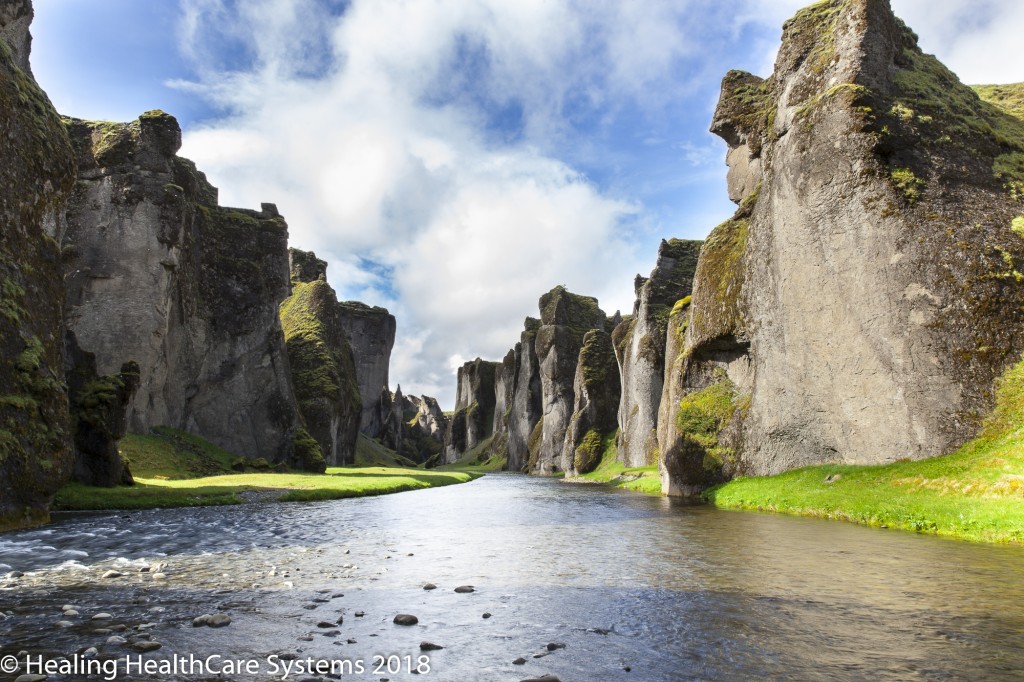 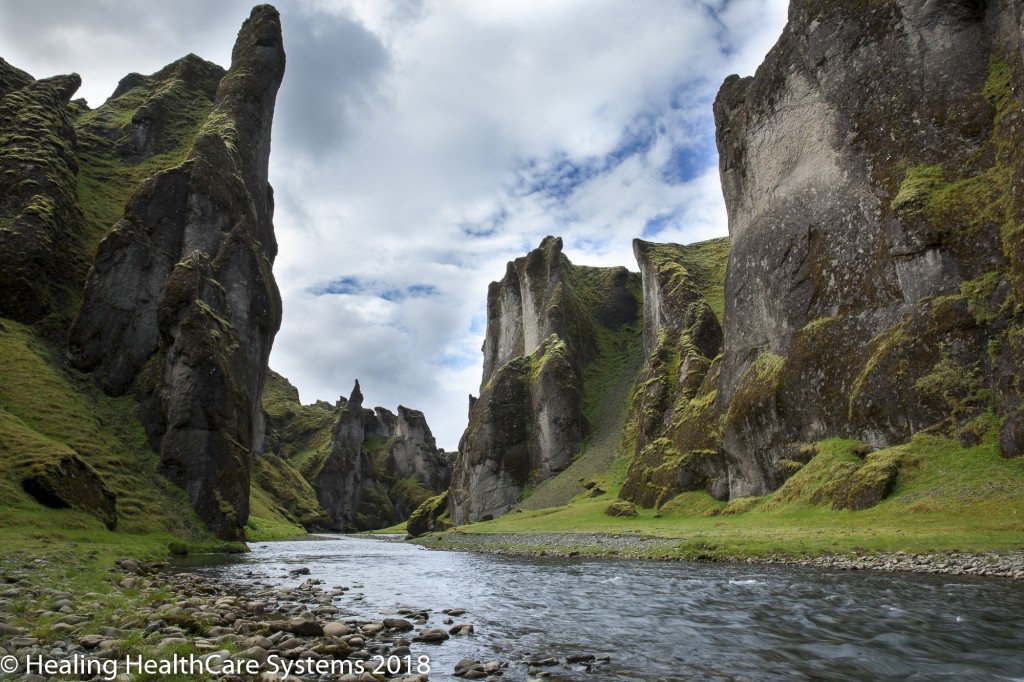 At the far end of the southern stretch of the Ring Road lies Skaftafell. An enchanting park that’s home to another fairy tale location named Svartifoss. 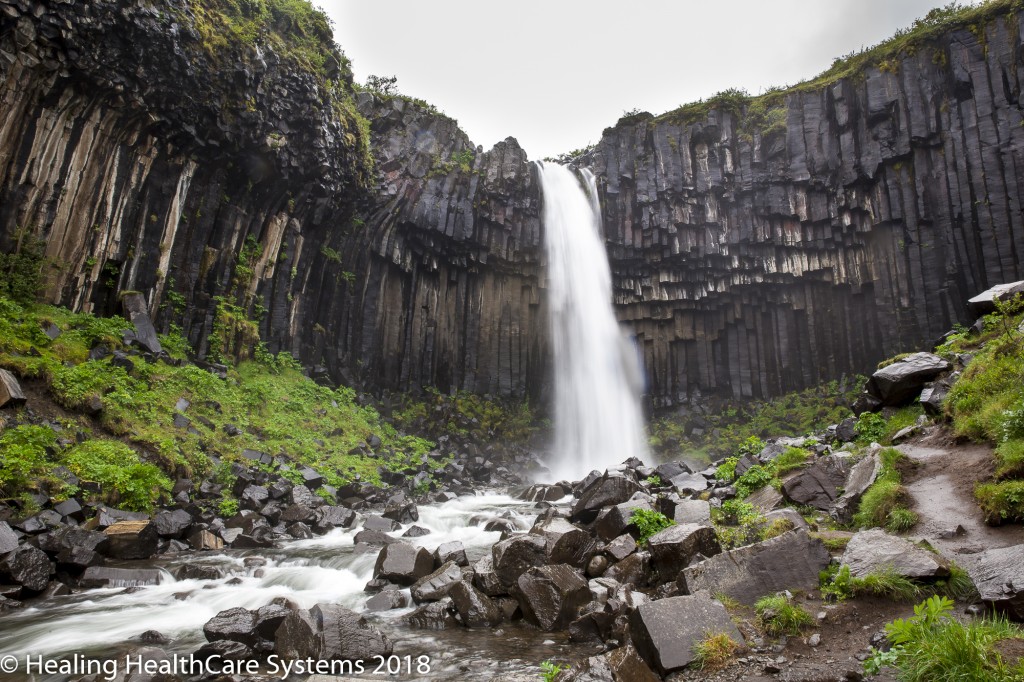 The basalt rock columns and secluded, amphitheater-styled crevasse, made me feel it was really a troll-made water feature, and that one might pop out any moment to chase us off his lawn.

From here we were on our way north. Along the way, we had a short stay in Egilsstadir to check out another really cool, amphitheater-looking waterfall called Hengifoss and the Mjoifjordur fjord along the coast. 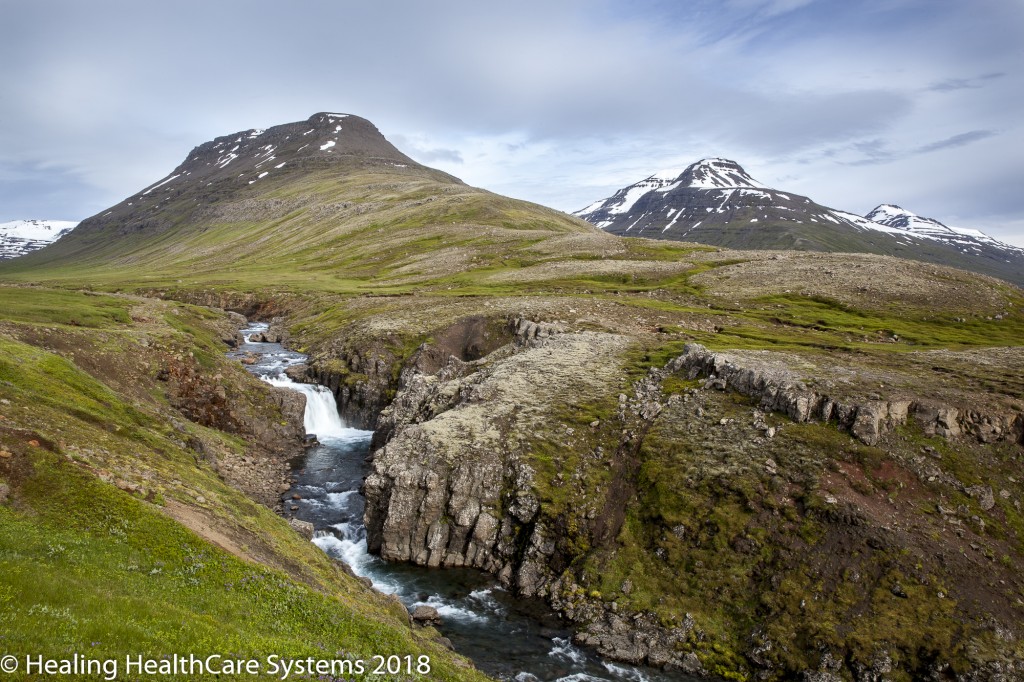 What makes Hengifoss special are the red rings of sediment that reveal Iceland’s ancient volcanic history like the rings of a tree. 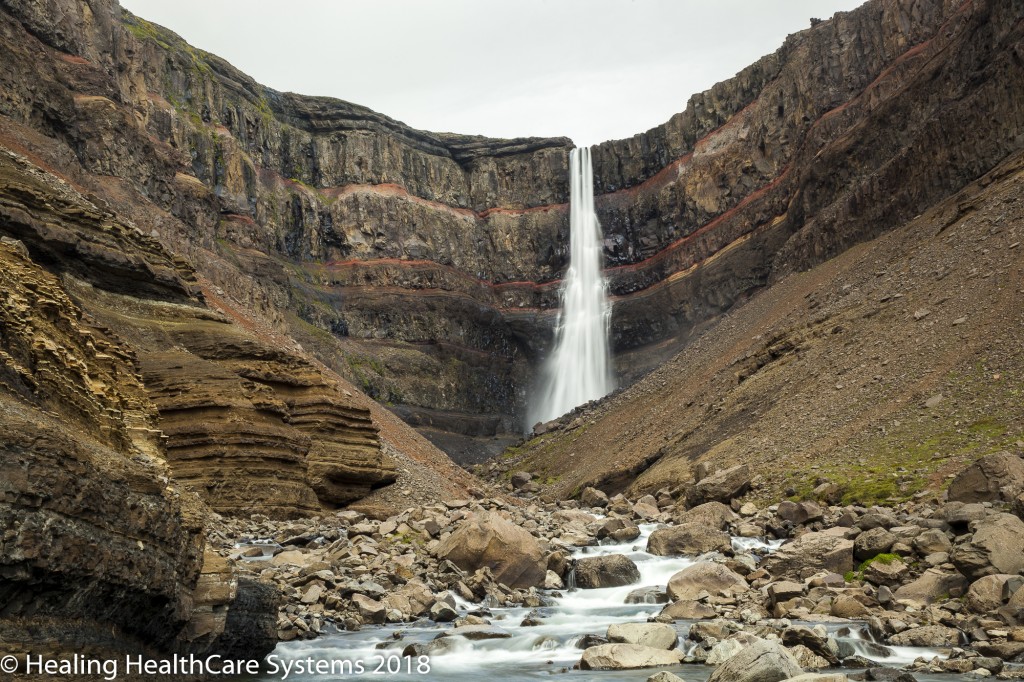 From here it was onward and upward to the most northern point on the earth that anyone really wants to be on purpose. Iceland Part 2 is headed your way.

Check out our adventure map to see everything we gorged on.